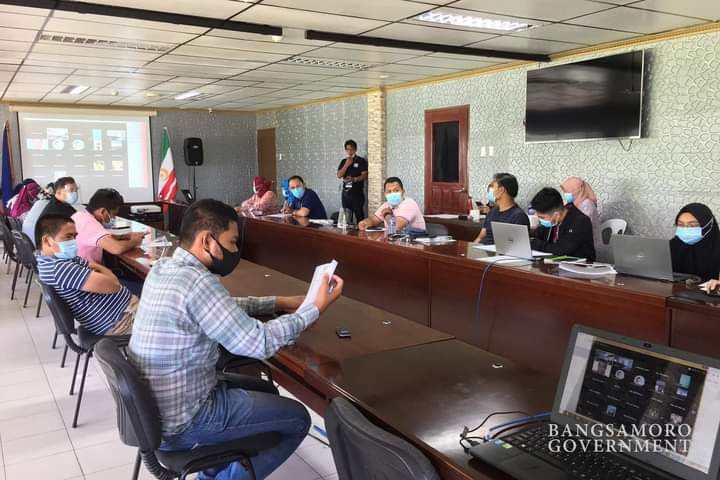 Cotabato City (September 5, 2020) – The Philippine Statistics Authority (PSA), in partnership with the Regional Statistics Committee (RSC), conducted a virtual briefing on Gross Regional Domestic Product (GRDP) for the ministries and agencies of the BARMM on Friday, September 4 in the city.

PSA Chief Statistical Specialist Florande S. Polistico presented the data required for each of the ministries and offices for the overall revision and rebasing of the GRDP and Gross Regional Domestic Expenditure (GRDE). “We need a comprehensive, accurate, and a timely measure of the economy,” he said.

Polistico said that GRDP measures the economic performance of a region which covers the value of goods and services it has produced. He said it is compiled based on the System of National Accounts (SNA), an international statistical standard for measuring economic activity.

GRDP measures the three major economic sectors of a region that include Agriculture, Hunting, Forestry and Fishing (AHFF), Industry, and Services.

It can be recalled that in 2018 the autonomous region ranked 5th, in terms of regional economic growth, among the 17 regions in the country by posting a 7.2 percent growth rate in its GRDP.

PSA-BARMM OIC Director and RSC Co-Chair Razulden Mangelen said “accurate data is very important in monitoring the behavior of the economy in terms of economic analysis and comparison with other regions’ economy.”

“Statistics, especially on economic side, is very crucial on the region’s planning, policy formulation and decision making,” he added.

Also present during Friday’s activity was Engr. Mohajirin Ali, director general of the Bangsamoro Planning and Development Authority (BPDA) and RSC Chairman, who said that BARMM is fully committed to cooperate with PSA on the aspect of providing accurate data. (Bureau of Public Information)