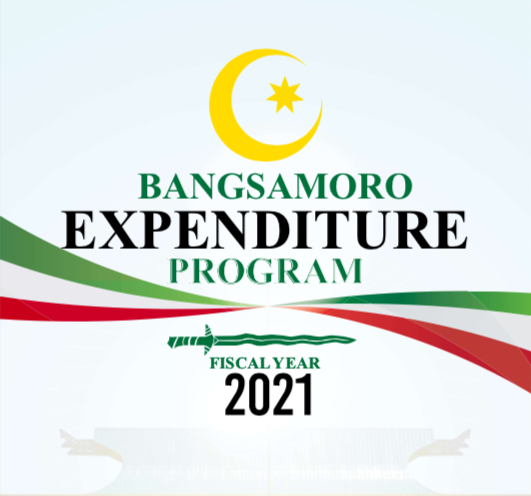 Cover page of the Bangsamoro Expenditure Program for Fiscal Year 2021

During a press conference Wednesday, June 9, in this city, Lawyer Sinarimbo stressed that the Bangsamoro Autonomous Region in Muslim Mindanao (BARMM) is implementing a full disclosure policy of its budget appropriations from the Office of the Chief Minister (OCM), to its line ministries and offices, and the Bangsamoro Parliament.

“It [budget appropriations] is fully disclosed as contrary to allegations that the budget of the regional government is not fully disclosed,” Sinarimbo said.

He added that the annual budget of BARMM can be fully accessed at government websites and was published on newspapers as part of its full disclosure policy.

Minister Sinarimbo who is also the minister for the Ministry of the Interior and Local Government (MILG), noted that the BARMM was established in March 2019, where it operationalized with the remaining budget under the General Appropriations Act of the defunct Autonomous Region in Muslim Mindanao (ARMM).

“No block grant was provided for 2019,” Sinarimbo said.

For 2020, the BARMM has total allocation of PHP65.9 billion pesos as budgeted by the Bangsamoro Transition Authority (BTA) Parliament.

After BTA Parliament’s approval of the budget, Sinarimbo noted, it was published in newspapers and government websites.

Sinarimbo highlighted that 62%, or PHP40.8 billion, of the PHP65 billion budget for 2020 remain as balance in the accounts of the Bangsamoro Treasury Office (BTO), and ministries and offices.

Four percent, or PHP3.38 billion pesos, of the total budget has been allotted in the first quarter of the year.

“The regional government has been very circumspect in its expenditures,” Sinarimbo remarked.

“We have established very stringent rules and regulations for spending money in the regional government,” Sinarimbo added. (Bangsamoro Information Office)