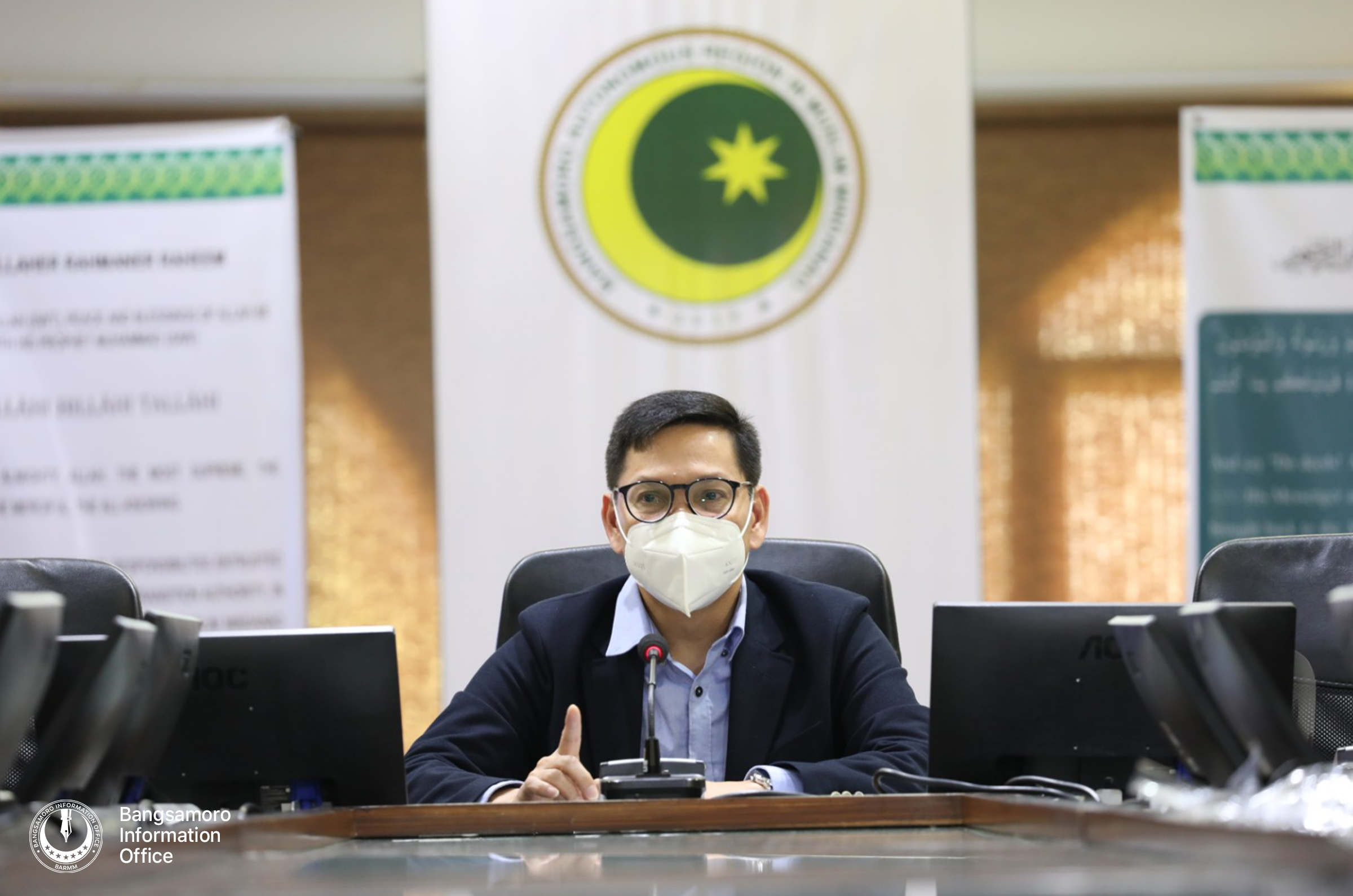 BARMM Spokesperson Atty. Naguib Sinarimbo during the press briefing with the media on June 9, 2021 at Bajau Hall, Bangsamoro Government Center in Cotabato City.

“Senate President Vicente C. Sotto III assured us that there is no problem in the Senate and we still have a very ‘dominant’ majority who support the proposed BTA extension bill,” Sinarimbo stated.

Sinarimbo, also the concurrent minister of the BARMM’s Interior and Local Government, shared that BARMM officials, together with Chief Minister Ahod B. Ebrahim, previously met with House Speaker Lord Allan Velasco on June 3.

“Speaker Velasco told us that a committee hearing has already been conducted in the House and they are just waiting for the certification from the President. Once it is issued, they can ask the committee to continue the deliberation even during the sine die,” Sinarimbo said.

[The most effective step, considering the insufficiency of the time, is the issuance of a certificate of urgency from the President so that we can shorten the process of legislation in Congress and the Senate.]

Within the course of the 3-year transition period, BTA has already enacted 3 out of 6 priority legislative measures such as Bangsamoro Administrative Code (October 28, 2020), Bangsamoro Civil Service Code (Feb. 24, 2021), and the Bangsamoro Education Code (May 18, 2021).

On the other hand, both of the Electoral Code and Revenue Code are at the Cabinet level, while the Local Governance Code has been transmitted and referred to the BTA Parliament Committee on Local Government.

Further, Sinarimbo emphasized that Bangsamoro Government is not in a hurry for regional parliamentary election as “basic institutions, policies, and steps leading towards a clean, honest, and fair election is not yet put in place.”

“We are not preparing for elections. We are preparing the groundworks for achieving what we envisioned as an electoral process in the Bangsamoro that is fair, principled, and based on the party platforms, rather than one that is treated by money and personality,” Sinarimbo said.

“Part of the preparation is the recognition that there will be a substantial shift in the kind of elections that we may have in the parliamentary region,” he added. (Bangsamoro Information Office)