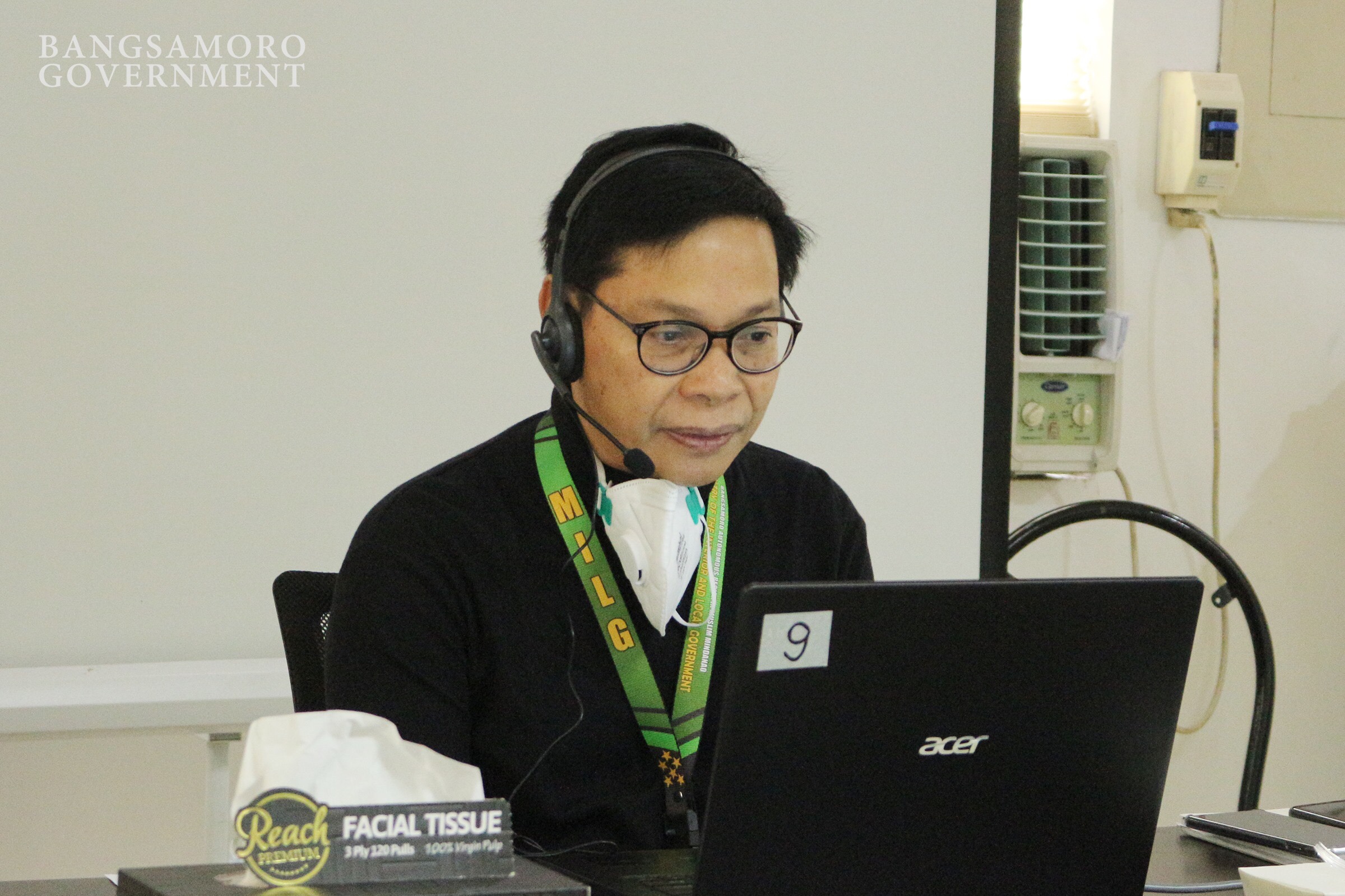 In an interview by ABS-CBN News Channel (ANC), Sinarimbo pointed out that several factors were the reasons for the bid to transition extension.

Sinarimbo, who is also the minister of the Ministry of the Interior and Local Government (MILG), added both the national government and the Bangsamoro government were ‘distracted’ in implementing its commitments to the normalization and mandates to the transition due to the Corona Virus Disease 2019 (Covid-19).

(Our focus on institution building for the Bangsamoro government and implementation of programs in the grassroot communities was somehow disturbed.)

Sinarimbo said some of obligations of the national government to the normalization were not fulfilled, and is taking more time to be completely implemented.

In a separate interview, Sinarimbo said that there have been delays in implementing some provisions of the Bangsamoro Organic Law (BOL).

“The bureaucracy moves in a way na hindi kasing bilis ng desire natin,” Sinarimbo said noting that obligations of the national government cannot be fulfilled in the three year transition term of 2019 until 2022.

Sinarimbo further explained that these are “practical considerations” that the Bangsamoro government is looking into in the bid to extend transition period from 2022 to 2025.

As of the moment, the Administrative Code has been approved and the five others are still either under deliberations, and consultations with stakeholders and experts.

Sessions of the Parliament were cancelled many times due to the threats of Covid-19, resulting to even slower steps in creating the priority legislations.

The other priority codes that need to be passed during the transition period include Bangsamoro Education Code, Bangsamoro Electoral Code, Local Government Code, Civil Service Code, and Revenue Code.

Looking at the experiences of other transitioning governments in other countries, Sinarimbo said the a six-year transition period is ideal to complete agreements between governments.

He added that lessons can be learned from transition period failures of the defunct Autonomous Region in Muslim Mindanao (ARMM), where some transition activities were not put in place even when the ARMM operated for 29 years and eventually ended.

Elections ‘not a measure of legitimacy’

With the push for additional three years of transition period, regional elective posts in the Bangsamoro Government will not be included in the elections in 2022.

Sinarimbo highlighted that peace deals may not be sustained if elections will push through in 2022, and Bangsamoro’s legitimacy of assertion to self-determination cannot be equated to elections.

“When you deal with organizations and movements that assert the right to self-determination, hindi mini-measure ‘yun through elections. The measure for legitimacy has always been the validity of the cause of the Bangsamoro and that is universally accepted,” SInarimbo clarified.

Previously, Sinarimbo noted that elective posts in the local government units in the region will not be affected such as governors, district representatives, mayors, and councilors by the transition extension, but only those in the regional elective posts. He further explained that the push to extend the transition period will not automatically mean extension of terms of the incumbent members of the BTA.

In January 2019, residents of Cotabato City voted in a plebiscite favoring the inclusion of city in the Bangsamoro Autonomous Region in Muslim Mindanao (BARMM).

(During the October 27 meeting of the IGRB, it was decided that the turnover [of Cotabato City] will finally push through.)

The IGRB is a mechanism made under the BOL, and it held meetings since 2019 to identify and agree on points of agreement between the GPH and the transitioning Bangsamoro Government, including that of the turnover of ‘opt-in territories.’

In addition, Sinarimbo said that despite the petition of the city government with the Supreme Court on the subject of its inclusion in the BARMM, there has been no temporary restraining order form the SC about the matter. He, added, that the regional government has not received any notice regarding the turnover from the SC about any pending case.

On Dec. 15, the BARMM will take over the supervision over the city following a directive from President Duterte and as mandated by law. (Bureau of Public Information)