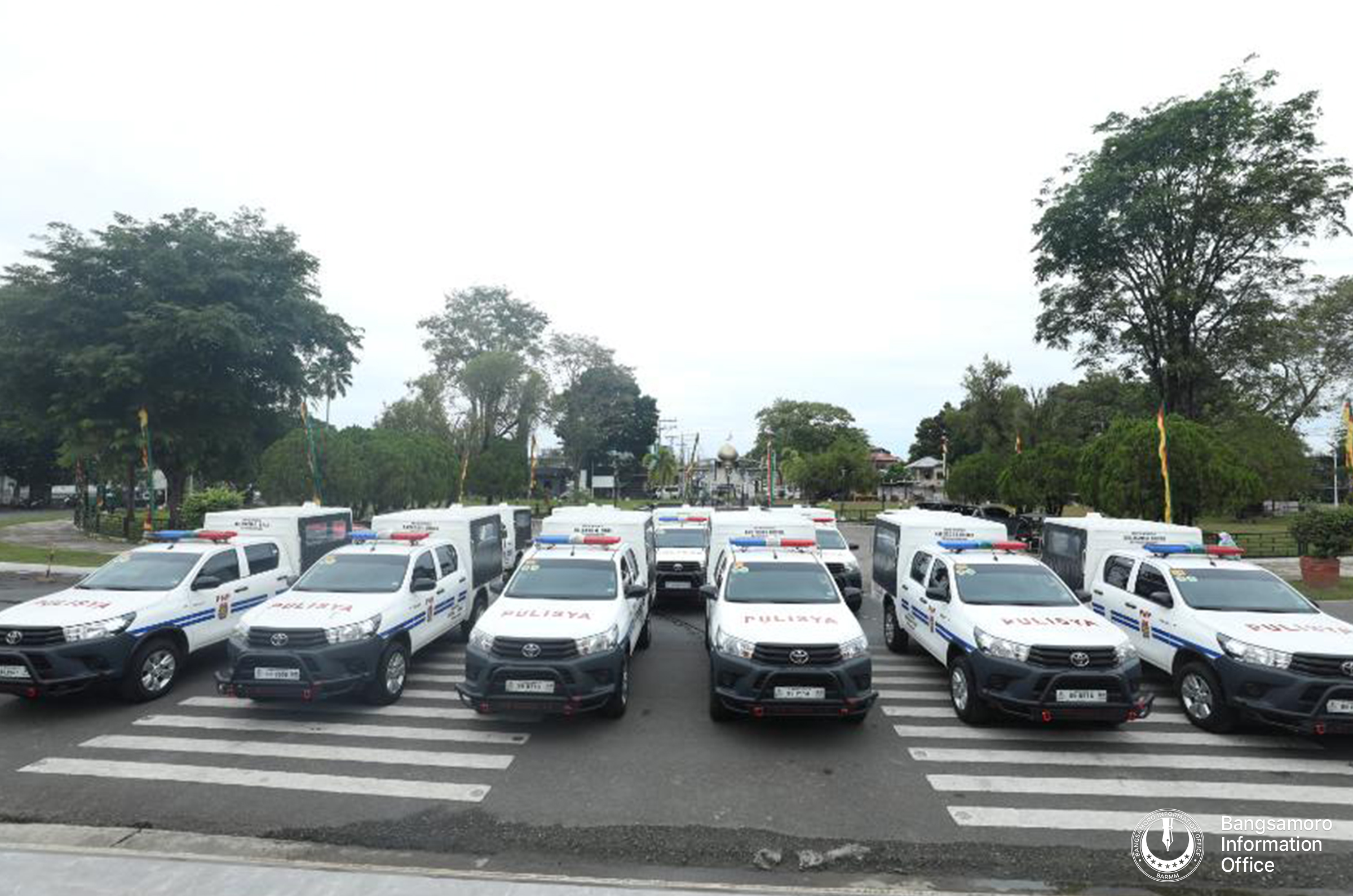 COTABATO CITY— In strengthening its measures to sustain peace and security in the region, the Bangsamoro Government through the Ministry of Interior and Local Government (MILG) handed over eleven (11) patrol cars to the Philippine National Police (PNP) Police Regional Office-Bangsamoro Autonomous Region (PRO-BAR) on Tuesday, Dec.27.

Chief Minister Ahod Ebrahim, Senior Minister Abdulraof Macacua, Interior and Local Government Minister Naguib Sinarimbo, and PRO-BAR Regional Director PBGen John Guyguyon, among other officials, led the turnover ceremony and the signing of a memorandum of agreement held at the Bangsamoro Government Center in this city.

“We, in the Bangsamoro Government, put the safety of our people as our main priority. We believe that security plays a significant role in attaining a harmonious society,” said Ebrahim.

“We continue to strengthen our men and women in uniform through providing them facilities and vehicles so that they can fulfill their duties well,” the Chief Minister added.

Guyguyon, on the other hand, cited that the full force of the security sector is fully committed to sustain the peace in the region.

“For this turnover alone, we are blessed with these units of police cars and I hope and I know that there will be more to follow,” said Guyguyon, thanking the Bangsamoro Government for the support.

The 11 brand new police cars amounting to a total of Php33-million was funded through the 2021 General Appropriation Act of the Bangsamoro (GAAB) Contingency Fund of the Office of the Chief Minister, which was then implemented through the Transitional Development Impact Fund (TDIF) of some members of the Bangsamoro Parliament such as  Akmad Abas, and former BTA members Al-Syed Sali, Datu Tucao Mastura, Narciso Co Yu Ekey, and Sittie Shahara Mastura. (Myrna Tepadan/BIO)