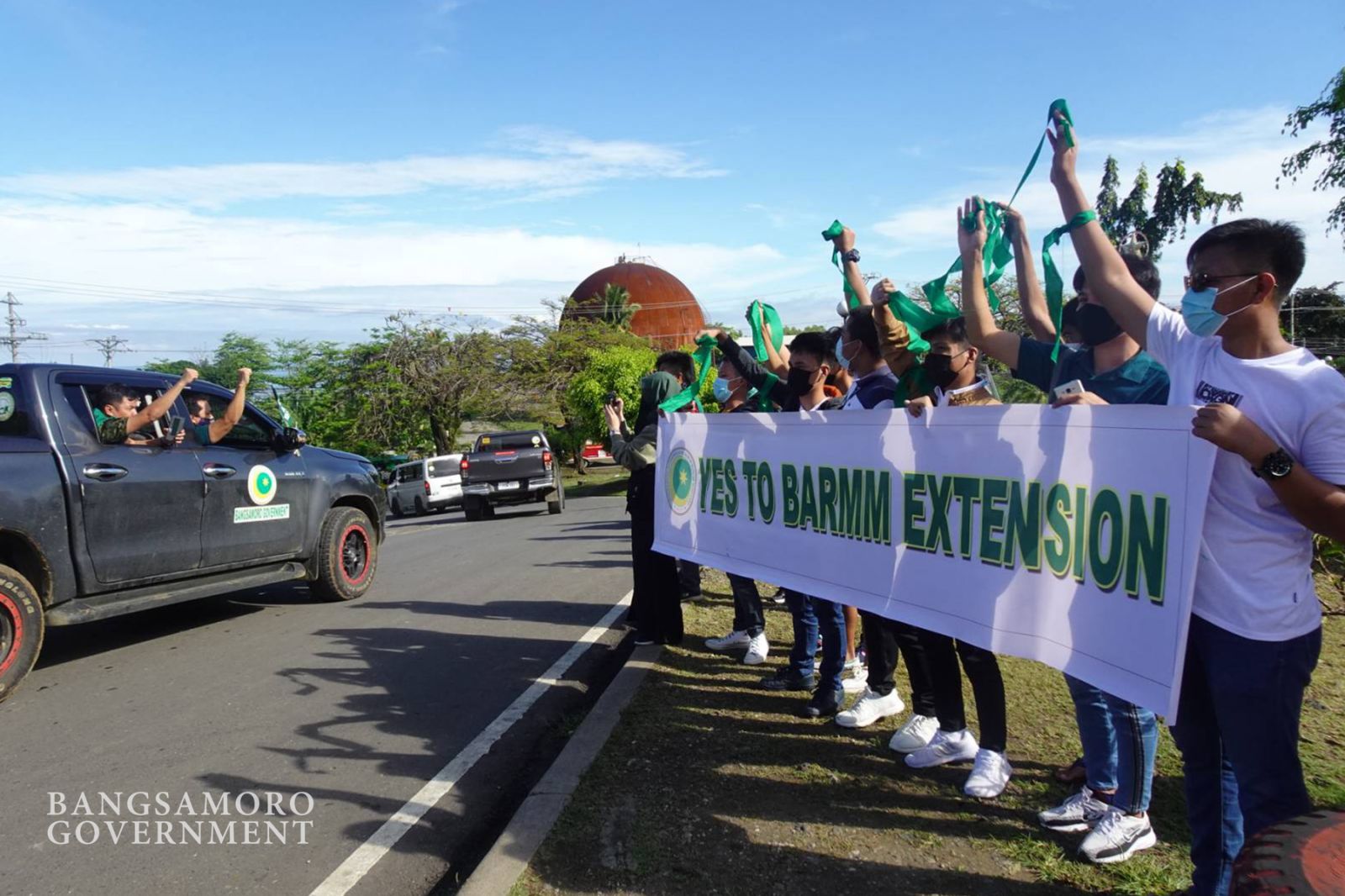 MARAWI CITY – Thousands of residents from the provinces of Lanao del Sur and Lanao del Norte expressed their support to the call on extending the Bangsamoro Transition Authority through a peace caravan held Saturday, March 13.

Exactly 9,404 vehicles joined the convoy which started in Marawi City then passed through Iligan City and Sultan Naga Dimaporo Municipality in Lanao del Norte, and on to the municipalities of Malabang, Ganassi, and Masui in Lanao del Sur, then back to Marawi City.

Civil society organizations such as the Ranaw Confederation for Peace (RCP), One Bangsamoro Movement (1Bangsa), Moro Ako, and the Coalition of Moro Youth Movement (CMYM) organized the caravan.

“The Philippine government should be thankful because the Bangsamoro people are asking for a lasting peace. They should do what is necessary at this point in time,” said Atty. Najeeb Taib, president of Moro Ako.

“On our part as the direct beneficiaries of lasting peace or the usual collateral of conflicts/wars, let’s do our part in our own little ways,” he added.

The event also gathered around 15,000 signatures for a petition urging President Rodrigo Roa Duterte to certify as urgent the bills filed in the congress seeking to extend the Bangsamoro transition period.

“The execution and implementation of the mandate of the BTA was significantly hampered by the challenges brought about by the pandemic. First world countries around the world with long established bureaucracies and institutions felt the impact of the COVID-19, how much more for a newly constituted Bangsamoro Government which is still in transition. By this mere fact alone, we find the statutory period of the BTA inadequate,” the petition reads.