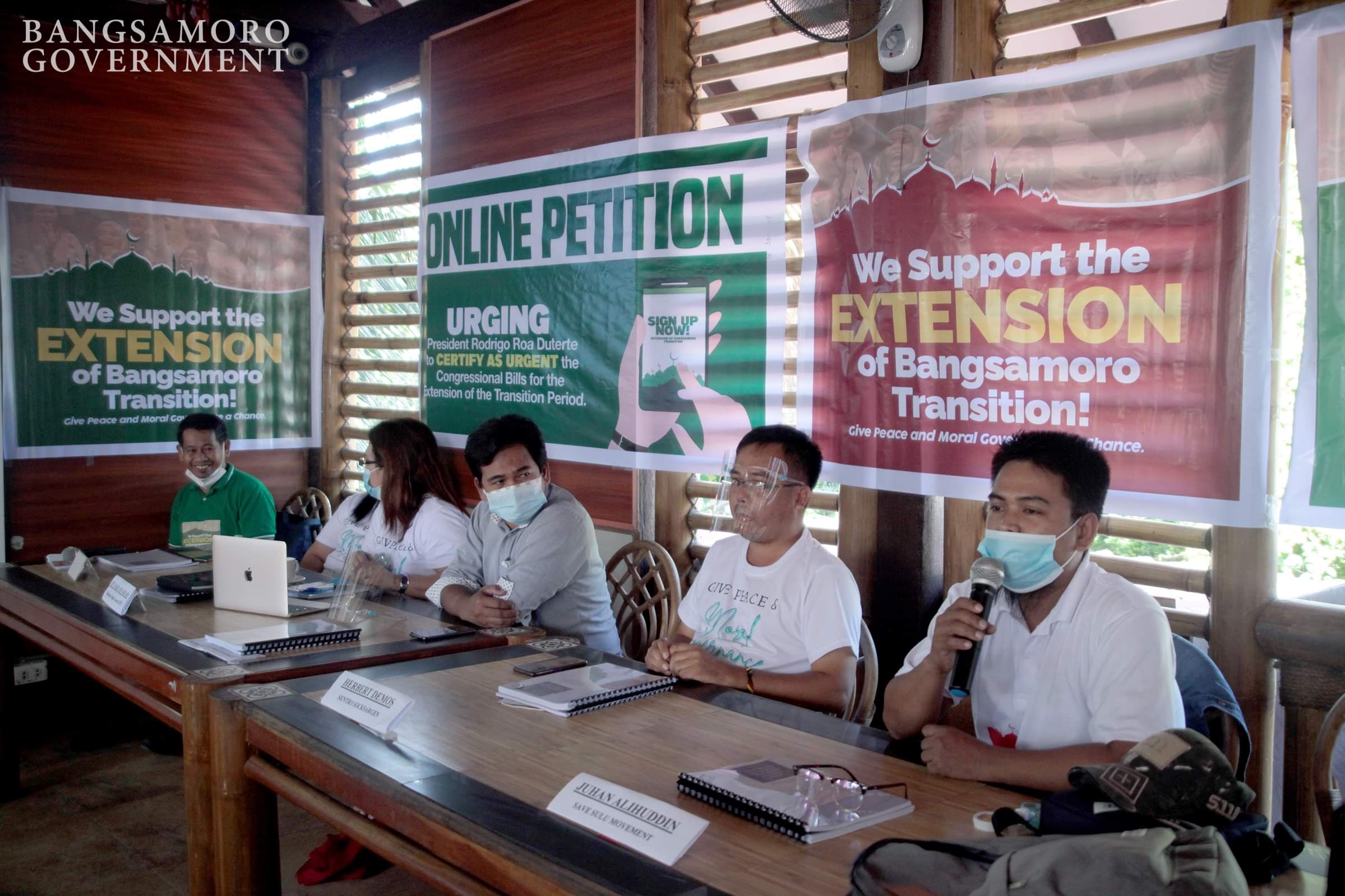 COTABATO CITY – The online petition urging President Rodrigo Roa Duterte to certify as urgent senate and house bills seeking to extend the Bangsamoro transition period has earned 535,953 signatures as of 4:03pm of March 2.

Mindanao Peoples Caucus (MPC) and Civil Society Organizations Movement for Moral Governance(CSO-MMG), who launched the petition on February 10, faced the media on Tuesday to provide updates.

“Considering the very limited session days remaining in Congress before it adjourns sine die on June 4, 2021, there is a need to certify the pending bills calling for the extension of the transition period so that it can be given more prominence and a sense of urgency given the equally important and competing concerns of Congress,” the petition stated.

“Mahalaga itong pag-issue ng certificate of urgency in the house and in the senate considering that we have a very limited window for the session in congress,” Atty. Mary Ann Arnado of MPC said.

Meanwhile, CSO-MMG representative Yul Aluya said organizations such as Bangsamoro Communication Network, and Sangguniang Kabataan in North Cotabato volunteered to help those who do not have internet access but want to sign the petition.

Also present during the press conference were Sentro Socksargen and Save Sulu Movement who are also supportive on the plea for extension.

Herbert Demos of Sentro Socksargen stressed that although they are not within the BARMM territory, it is important to support the Bangsamoro peace process.

On the other hand, representative Juhan Alihuddinsaid said that the Save Sulu Movement (SSM), along with several organizations, organized rallies on January 21 in the province to show their support to the call for extension.

Meanwhile, Chairman Abdulhadi T. Daguit of the Federation of Bangsamoro Coordinating Council of the Philippines said that they have conducted barangay-to-barangay dialogues in Metro Manila.

The council has already collated 6,000 signatures after organizing a peace rally on February 16 in front of the Congress, and communicating with Muslim community leaders to encourage their constituents to support the extension.

The online petition can be accessed at barmm4all2025.com (Bangsamoro Information Office)