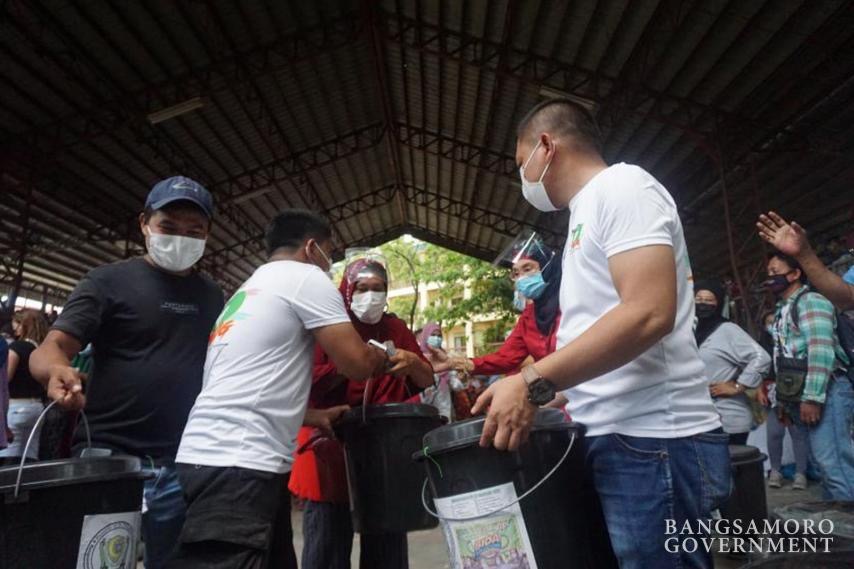 At least 400 fire-affected families benefitted from the Bangsamoro Government’s relief operation on March 26 and 29, in Brgy. Baliwasan Seaside, Zamboanga City. The families were left homeless after a fire hit the city’s coastal area on March 20.

ZAMBOANGA CITY – The Bangsamoro Government, through its Project TABANG (Tulong Alay sa Bangsamorong Nangangailangan) and the Ministry of Health, extended on Monday, March 29, its second wave of relief assistance to the victims of fire in Zamboanga City.

The city’s Social Welfare Office Chief Priscilla Alejandro said around 400 families from Brgy. Baliwasan Seaside were displaced after a huge fire hit their area on March 20.

The relief distribution was facilitated by the SALIG (Services and Actions with Love and Integrity from the Government) Program of BARMM Executive Secretary and Member of Parliament Abdulraof Macacua. Each of the families received 10 kilos of rice and sets of hygiene kits.

One of the fire victims Rohana Kusin, a mother of four, was thankful to BARMM’s quick response. The regional government conducted its first wave of relief distribution last Friday, March 26.

Project TABANG is a special program of Chief Minister Ahod Ebrahim aimed at facilitating the direct and immediate extension of basic services and assistance to the Bangsamoro people.