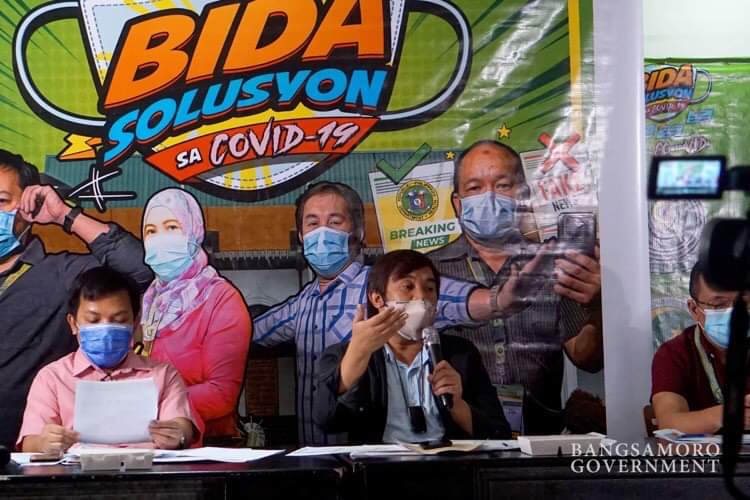 COTABATO CITY—Health officials of the Bangsamoro Autonomous Region in Muslim Mindanao (BARMM) are strengthening its effort to prevent possible outbreak of measles-rubella, including polio, in the region, and to encourage Moro people to take an active role in the fight against Covid-19.

BARMM’s Ministry of Health (MOH) announced in a press conference Wednesday, Oct. 21 that it will start its supplemental immunization against measles-rubella and polio across the region on October 26.

In the Philippines, more than two million children under the age of five are susceptible to measles.

Measles or tigdas is one of the most contagious diseases in the world. About 9 out of 10 unvaccinated people who are exposed to the measles virus will contract the disease.

It can cause high-grade fever, rashes, cough, eye infection and can lead to complications such as pneumonia, ear infection, blindness, severe diarrhea, and swelling of the brain.

Deputy Minister Zul Qarneyn Abas said threats of impending outbreaks, such as those of the measles-rubella, should be prevented and given serious and urgent attention as the country is still fighting the 2019 Coronavirus Disease (Covid-19).

Polio, on the other hand, is a potentially debilitating disease that causes fever, neck stiffness, muscle weakness and can eventually lead to lifelong paralysis.

A total of 803,516 children were vaccinated against polio virus, reaching its 95 percent target all over the region during the two-week long polio immunization campaign ‘Sabayang Patak Kontra Polio’ (SPKP) from July 20 to August 9.

Presently, there are no new recorded cases of polio in the region. The campaign shall continue until the World Health Organization (WHO) declares Philippines as polio-free.

Assistant Secretary Abdulhalik Kasim assured that community-based public health practitioners assigned for the polio-vaccination will strictly observe health and safety measures during the entire conduct of the campaign in response to health crisis brought about by Covid-19.

Sadaila Rakiin, MOH’s technical division chief, said despite several information campaign about Covid-19, many Filipinos still do not comply with minimum public health standards set in order to prevent the virus from spreading in the community.

As of Oct. 20, the Bangsamoro region recorded a total of 1,030 recoveries from its 1,477 total cases, and 391 active cases. (Bureau of Public Information)