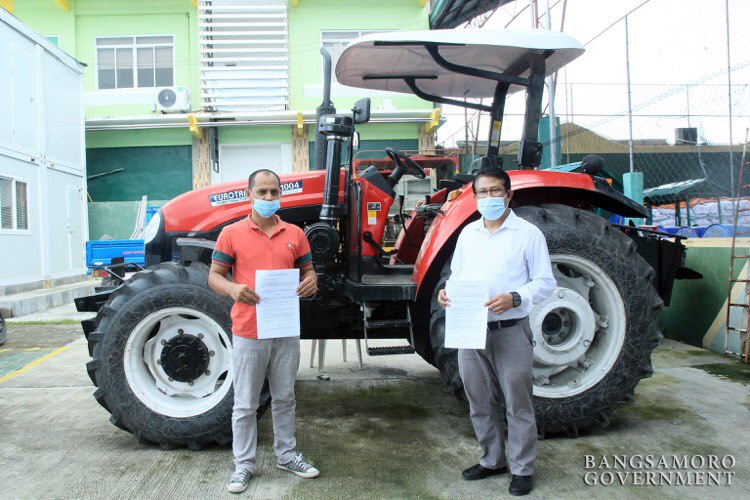 COTABATO CITY – Ministry of Agriculture, Fisheries, and Agrarian Reform (MAFAR) started Oct. 21 the initial mass distribution of the 72 units farming machineries allotted for farmers’ cooperatives in the five provinces of the Bangsamoro region.

MAFAR Minister Dr. Mohammad Yacob led the turnover ceremony held at the ministry’s compound inside the Bangsamoro Government Center in the city. He also signed a memorandum of agreement with the 36 agricultural and business cooperatives, farmers association, and Agrarian Reform beneficiaries from the province.

Yacob said agricultural mechanization aims to improve the farmers’ income and productivity, and thus ensure food security and poverty alleviation in the region.

The minister also said the turnover ceremony was supposed to be a region-wide event wherein beneficiaries from the other four provinces were expected to come.

“Due to the threats of Covid-19, the island provinces beneficiaries, including those from Lanao del Sur, were not able to attend. But in the coming weeks we will provide their share as the restrictions ease by,” Yacob said.

“We need to strive further especially in the midst of (pandemic), and that’s the reason why Chief Minister Ahod Balawag Ebrahim advocates bringing the Bangsamoro Government closer to the communities,” Yacob added.

One of the beneficiaries Hamdan Abdullah, coop president of Al-Mustaqbal for Sustainable Livelihood Marketing Cooperative in Rajah Buayan, Maguindanao, said he was thankful that assistance from the Bangsamoro Government continues to flow.