BARMM hoists flag for the first time: an emblem of true autonomy 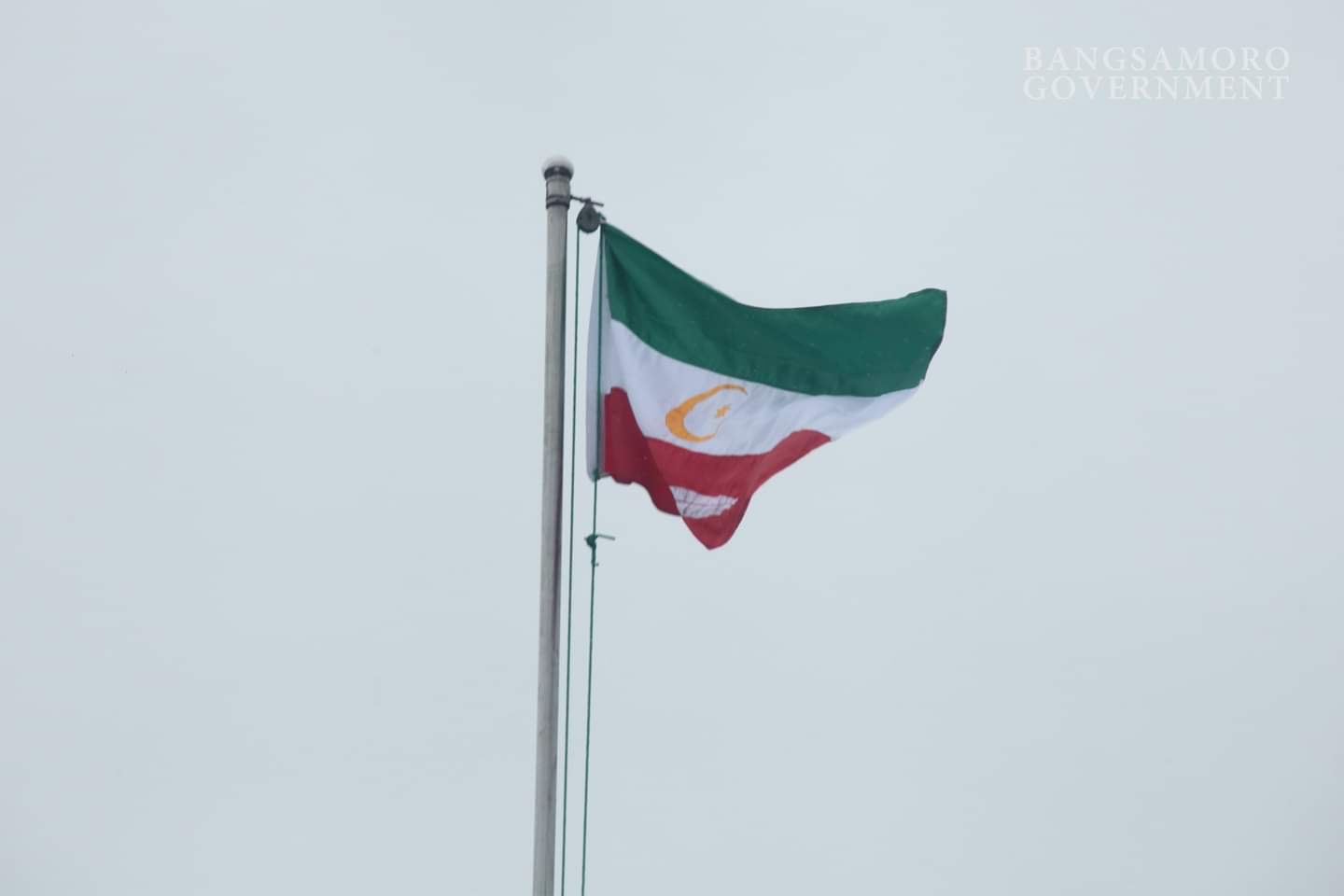 COTABATO CITY—Singing the region’s hymn with great zeal, the Bangsamoro people witnessed the hoisting of Bangsamoro flag for the first time during the commemoration of the Bangsamoro Foundation Day on Monday.

Since the ratification of Bangsamoro Organic Law in January 2019, the Bangsamoro banner was raised and displayed alongside the Philippine National flag—signaling the culmination of decades-long conflicts and struggles of the Bangsamoro people on their plight towards self-determination, domestic grievances, and political autonomy.

Monday’s event kicked off through a ceremonial beating of the ‘gong’ to signal the opening of a week-long celebration with activities and programs prepared by various ministries, agencies, and local government units.

Bangsamoro Chief Minister Ahod “Al-Haj Murad” Ebrahim said in his speech that the journey towards the monumental occasion had taken decades in the making.

“We began this struggle when we were just young men who believed that our people deserve better, that our people should not be subjected to systemic oppression and that our people had the right to navigate their future based on their decisions, culture, and tradition,” Ebrahim said.

He further said for the past two years, the Bangsamoro had faced several challenges and opportunities that define what makes of the new bureaucracy and addressed concerns that ultimately benefitted the general public.

“We can now proudly say that we have achieved genuine autonomy that encapsulates the long history of the Bangsamoro people – our sacrifices and our shared vision for the next generation,” Ebrahim added.

Meanwhile, Atty. Ali Pangalian Balindong, Bangsamoro Transition Authority (BTA) Parliament Speaker, underscored that the past two years were epoch-making changes and a testament that each Bangsamoro community endured walking through the roadmap of peace.

“I can easily tick off the highlights of our governance, such as the establishment of the parliament, enactment and legislation of various laws, and whole other mandates duly accomplished,” Balindong said.

Regarded as one of the fathers of modern Bangsamoro struggle, Balindong also reminded everyone to continue the journey of attaining long-lasting peace and development, adding that “the success of the Bangsamoro Government is critical to the broader ambition of standards of moral governance.”

The symbolic meaning of the Bangsamoro emblem

Under the Bangsamoro Autonomy Act No. 1, the Philippine flag shall always be displayed alongside the Bangsamoro Flag pursuant to Section 2, Article II of RA No. 11054 or the Bangsamoro Organic Law (BOL). The flag contained four 4-distinctive colors, a crescent, a seven-rayed star, and a Kris.

From these colours, the green color on the top side portion of the Bangsamoro flag reflects the Islamic teachings and principles of the majority; the white at the middle signifies peace, tranquility and righteousness; while the red color at the bottom portion symbolizes the blood of the fallen “mujahideen” or former-rebels who fought for the recognition of identity and self-determination.

Both crescent and star were in golden yellow that signifies the bright future that awaits the Bangsamoro.

The kris, which is located in the middle portion, symbolizes the protection and resistance of the Bangsamoro and other indigenous people in the territory against oppression, tyranny, and injustices.