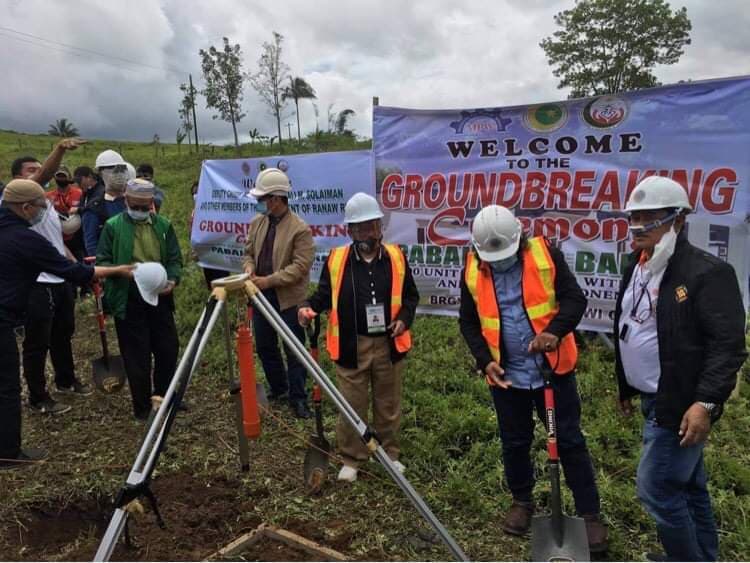 MARAWI CITY – As part of its continued interventions to fast track the recovery, reconstruction, and rehabilitation of Marawi City, the Bangsamoro Government launched Monday, October 26, its Marawi Rehabilitation Program (MRP) which has an allotted ₱500-million fund.

MRP covers all of the BARMM’s plans and actions for the city’s rehab which are based on the approved committee report made by the Bangsamoro Transitions Authority’s (BTA) Special Committee on Marawi (SCM).

The committee report, adopted by the BTA on August 27, is a 127-page document that “encapsulates information on the aftermath of the Marawi siege as gathered from various public hearings, consultations, field visitations, and documentary examinations.”

The report also details the SCM’s recommendations to the Bangsamoro Government and “to the appropriate instrumentalities of the National Government, including the Congress, if true and comprehensive rehabilitation and recovery of Marawi City is to be achieved.”

SCM, with 29 members, was created in September 2019 to look into the progress of the government’s interventions to Marawi’s rehab. It is chaired by Deputy Chief Minister Ali Solaiman, and vice-chaired by BTA members Anna Tarhata Basman, Hamid Aminoddin Barra, and Abdullah Macapaar.

For the effective management and successful implementation of the MRP, Chief Minister Ahod Ebrahim released Memorandum Circular 003 for the creation of a Program Steering Committee (PSC), which will serve as the policy-making body and overseer of the program.

Also on Monday, the BARMM government led the ground breaking ceremony for the construction of 150 units of permanent shelters for the residents displaced by the 2017 Marawi siege. 100 units will be built in Barangay Mipaga while 50 units will be in Barangay Patani.

This project is made possible through the BARMM’s BRIDGE (Bangsamoro Regional Inclusive Development for Growth and Empowerment) program, in coordination with the BTA members in the Ranaw Region, headed by Solaiman.

Although Marawi’s rehabilitation is under the care of the national government’s Task Force Bangon Marawi (TFBM), Chief Minister Ebrahim still included it on his 12-Point Priority Agenda.