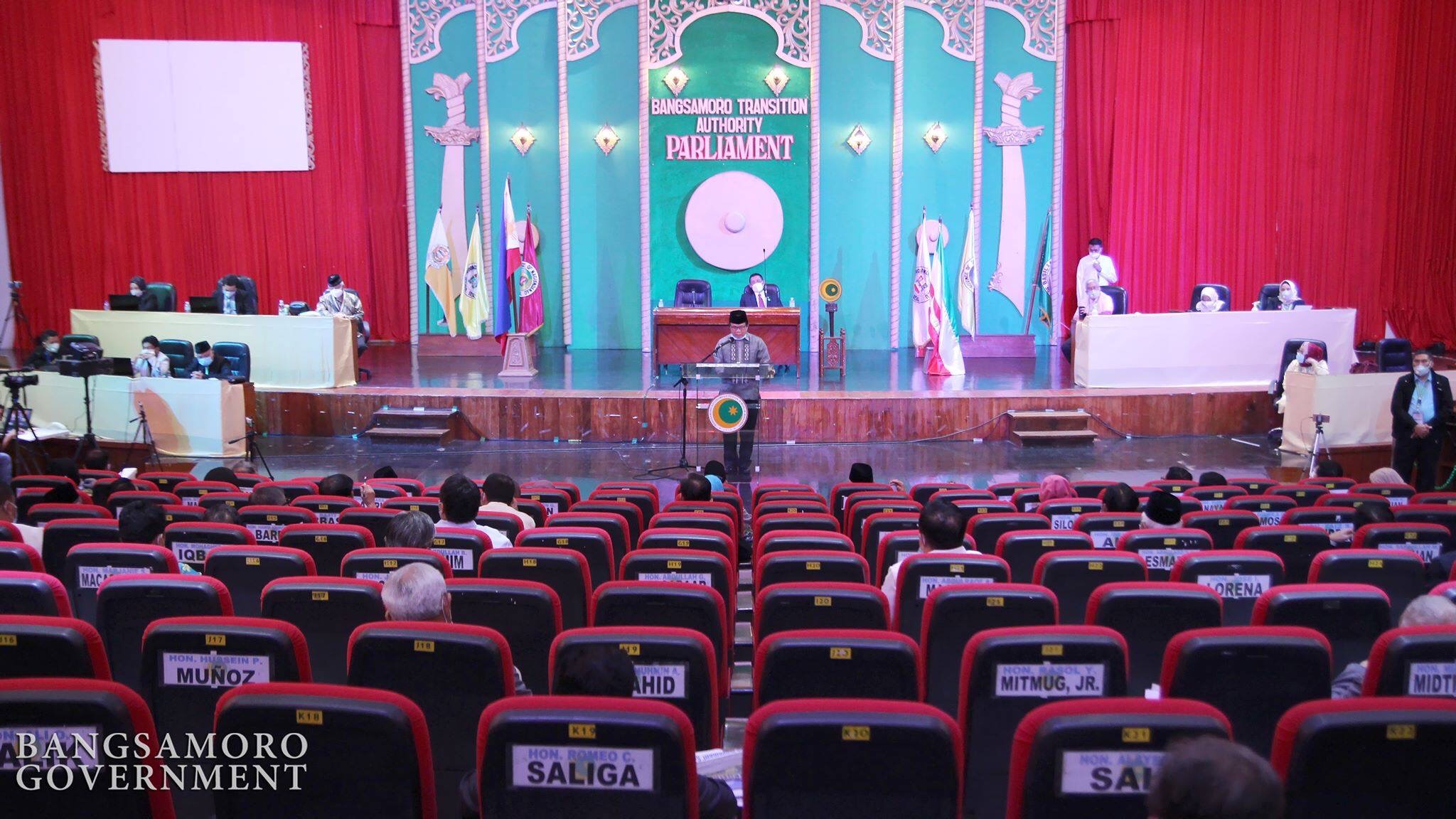 Resoluton No. 239 is entitled “Resolution respectfully appealing to his excellency President Rodrigo Roa Duterto to veto Senate Bill No. 1083 and House Bill No. 6875 or the Anti-Terrorism Act of 2020 to provide congress the opportunity to review and address the issue of vagueness, overbreadth, and other concerns.”

Bangsamoro Chief Minister Ahod “Al-Haj Murad” Ebrahim earlier released a position statement to the BTA expressing alarm on the passage of the Anti-Terrorism Act, thus, the passage of the resolution appealing for veto to the said bill.

“As the leader of a political entity born out of the struggle against injustice and oppression, it is my moral duty to speak out to ensure the measures intended to address terrorism will not be used as a means to subvert the fundamental rights and freedom of individuals, in general, and normalize abuse and discrimination against the Bangsamoro, in particular,” Ebrahim explained in a letter read by MP Mohagher Iqbal during a special session held on Thursday.

Ebrahim noted in his letter the context enclosed in the Anti-Terrorism Bill, which raises alarm and concerns for the Bangsamoro people, because of its overly vague definition of terrorism, the surveillance of suspects, and interception and recording of communications, and detention without a judicial warrant of arrest.

“It is our fear that among the hardest hit once the Anti-Terrorism Bill passes into law would be the Bangsamoro,” Ebrahim stressed.

“Once again, incidents of violations of human rights will be on the rise and the Bangsamoro people, easily labeled as terrorists would again be subject to discrimination and abuse,” he added.

Ebrahim further appealed the President to exercise his veto power vis-à-vis the Anti-Terrorism Act of 2020.

“While we agree that a policy framework needs to be enacted to fights the menace of terrorism, we feel that the fundamental guarantees of liberty and the institutions of democracy must be protected. We can do better,” he concluded.

The BTA resolution acknowledged the need to implement effective measures to prevent and counter terrorism but it also stated that the BTA represents the concerns of the Moro people, especially in the conflict-affected areas in the BARMM.

The Anti-Terrorism Bill was approved on its third reading by the Philippine Congress in early June 2020, with 73 legislators voted yes, 31 opposed, and 29 abstained. It was said to be created” to prevent, prohibit, and penalize terrorism”, thus repealing the Republic Act No. 9372 or the Human Security Act of 2007.

In Section 2 of the said Senate Bill, it states that it is “declared policy of the State to protect life, liberty, and property from terrorism, to condemn terrorism as inimical and dangerous to the national security of the country and to the welfare of the people, and to make any terrorism a crime against the Filipino people, against humanity, and against the law of nations.”

The said law also states that “terrorism is committed by any person who within or outside the Philippines, regardless of the stage of execution” from committing, proposing to commit, or as an accessory, among others, can result in imprisonment without parole.”

Last week, MP Balindong delivered a privilege speech during the BTA’s 35th Plenary Session of the Second Regular Session for June 2020, addressing the Anti-Terrorism Act of 2020.

“We know the nasty feeling when the government avoids dealing with us then, and so we can only sympathize with those who remain in the fringes and fighting for what they think is right. And don’t get me wrong, there is no reason for us not to hear them and even commiserate with them,” Balindong said.

Balindong, however, construed that the Parliament’s duty is to deliver a more objective perspective, especially that the Bangsamoro Government is one with the national government in ensuring a good life for its people. (Bureau of Public Information)