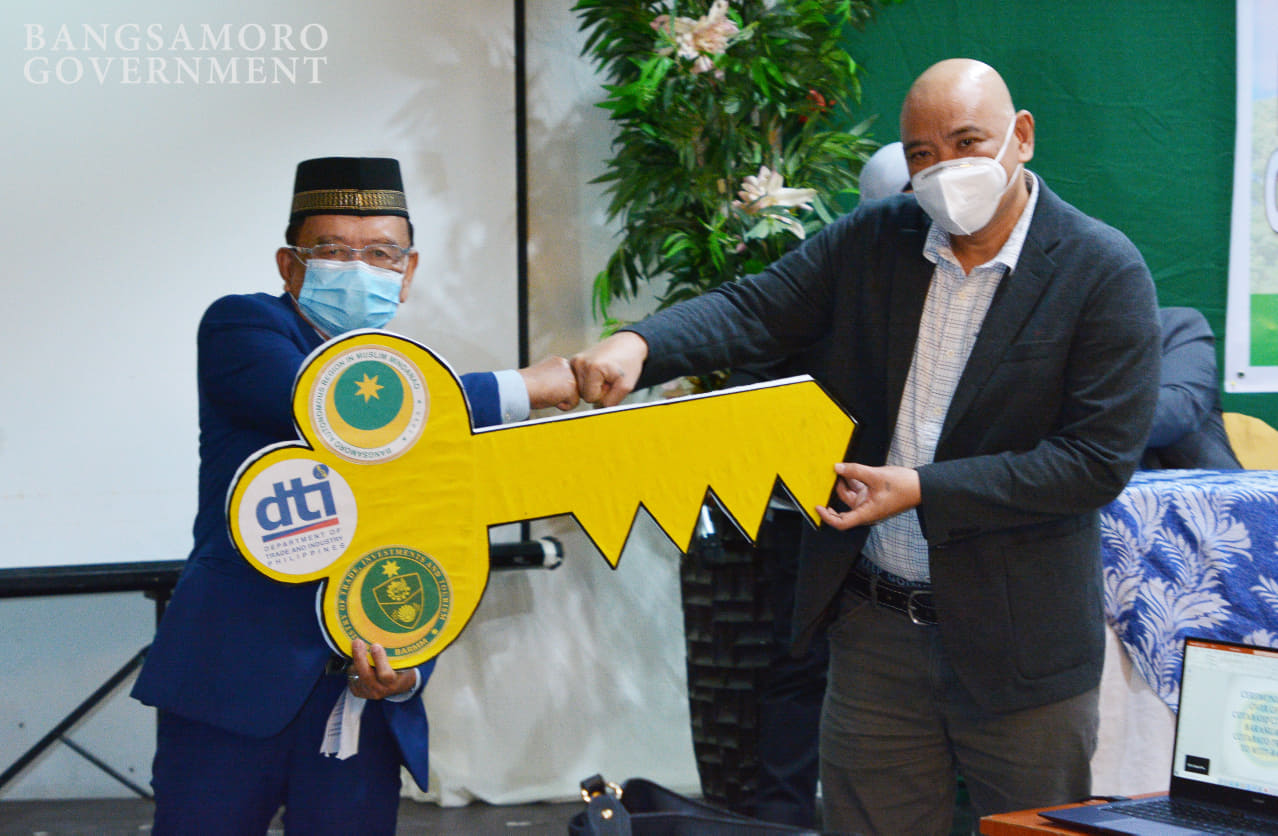 COTABATO CITY – Department of Trade and Industry’s (DTI-Region 12) office in Cotabato City is now under the control of the BARMM’s Ministry of Trade, Investments, and Tourism (MTIT) following an official turnover held Monday, Jan. 18 in the city.

DTI-12 also turned over its operations in the 63 barangays in North Cotabato to the jurisdiction of the ministry.

“I hope that this endeavor adds up to the full realization of the aspiration of the Bangsamoro,”Jaugan said.

Meanwhile, Taddik said in his message of acceptance that the turnover  is “one of the manifestations of our success to fulfil our dreams for the right to self-determination.”

Minister Taddik designated Hussein Biruar to head the MTIT Cotabato City Office and Hayat Pilas to head the operation of the ministry in the 63 barangays in North Cotabato.

In a statement, DTI National Secretary Ramon M. Lopez assured that his department is a strong ally of the MTIT in “bringing inclusive economic growth” to the Bangsamoro region. This, he said, will be through business development and consumer empowerment.

Guest during Monday’s ceremony, Labor Minister Romeo Sema said that the series of turnover of offices from different national line agencies to BARMM is a clear manifestation of the national government’s commitment in taking seriously the implementation of the R.A. 11054, otherwise known as the Bangsamoro Organic Law.

The turnover ceremony coincided with the BARMM’s week-long anniversary celebration.

For the celebration, MTIT set up a booth for public visit inside the Bangsamoro Government Center. Visitors to the booth will be treated with native Moro delicacies while being informed and assisted on the services and programs of the ministry. (Bangsamoro Information Office)