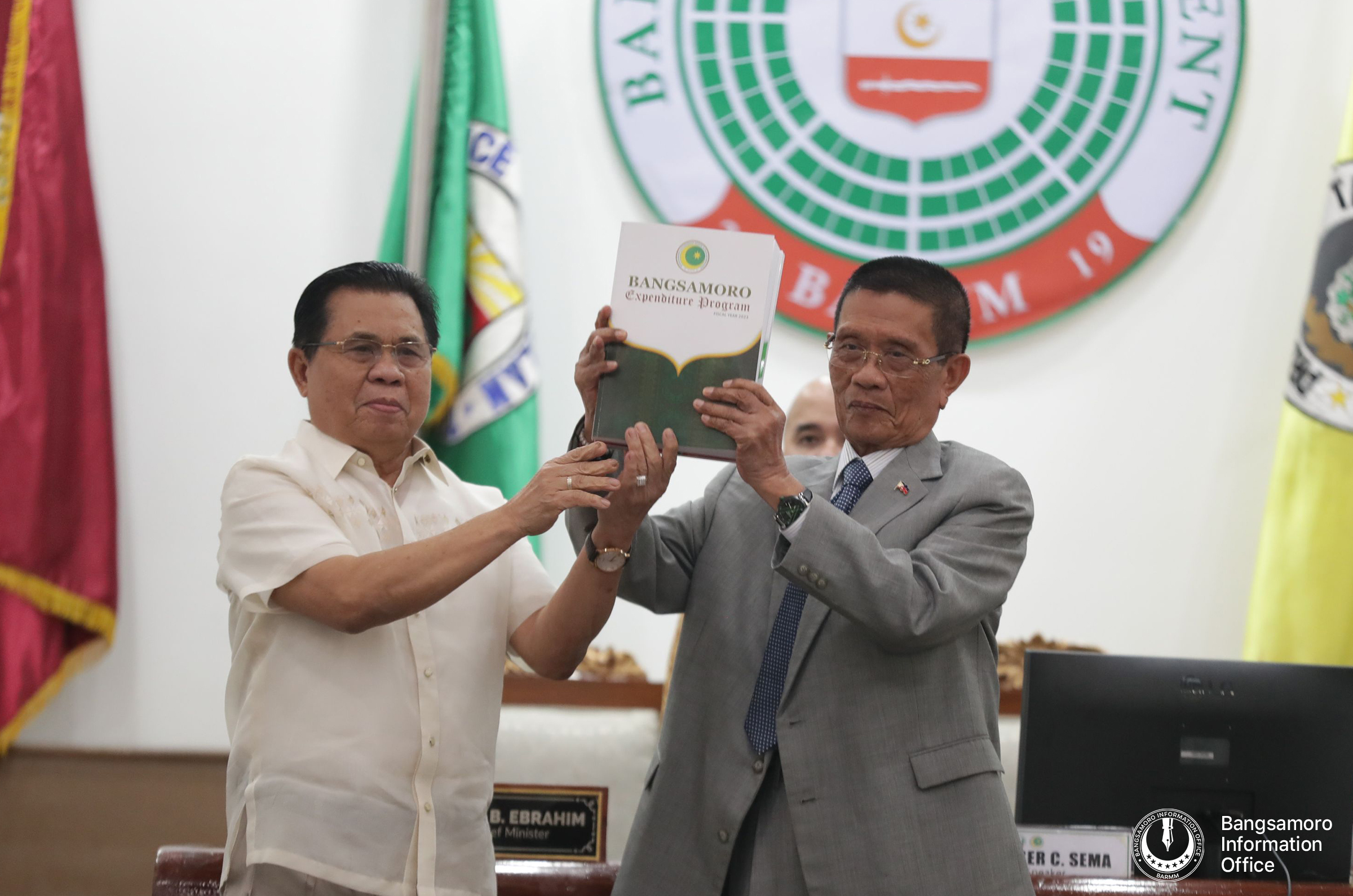 Ebrahim said the proposed budget “will hopefully bring us to that point in the future, when connected from this point where we are now, will draw a line of sustained progress.”

“This plan will hopefully transform the Bangsamoro Autonomous Region to become a better environment for our people who shall enjoy the benefits of a better economy,” he added.

In his speech, Ebrahim also explained the budget allocations made to each of the general classification of services sector the Bangsamoro Governments renders to its people.

The biggest chunk of the budget was allotted for the social services sector, with a Php36.9 billion budget. Ebrahim said the Bangsamoro Government highly prioritizes programs on education, culture, and manpower development; subsidy to local government units (LGUs); social security, welfare and employment; and health.

General public services sector got the second biggest portion of the budget with Php28.2 billion. This sector includes efforts in ensuring public order and safety, including law enforcement, maintenance of public order, and political administration; and general administration such as general government, fiscal affairs, civil service, and lawmaking functions.

A total of Php19.9 billion was allocated for the economic services sector. According to the chief minister, the sector aims to fund interventions on communications, roads, and transportation facilities; agriculture, agrarian reform and natural resources; water resources development and flood control; trade and industry; power and energy; and tourism.

Meanwhile, Php250 million was allotted for peace and stability sector. “As enablers of socioeconomic development, the Peace and Stability sector focuses its efforts on promoting peaceful and inclusive Bangsamoro society for sustainable development with access to justice and build effective and accountable institutions,” Ebrahim said.

Ending his speech, Ebrahim encouraged his colleagues in the Bangsamoro Parliament to work together to make sure that their plans are concretely expressed in the proposed budget.

“With your support, together we shall be able to unite to build a strong and dedicated Bangsamoro Government that will fulfill the promises of peace, development and meaningful self-governance for the betterment of lives of our people, In shaa Allah,” he said.

Before Ebrahim filed the proposed budget to the Parliament, the Ministry of Finance, Budget and Management (MFBM) held a series of extensive budget hearings where all BARMM ministries and offices were required to present and defend their budget proposals that are anchored on BARMM’s development agenda.

With the appointment of the members of the new Parliament, MFBM Minister Ubaida Pacasem said, “The new set of leaders will build on the progress made by the Bangsamoro Government in establishing or reforming institutions that are able to provide security and social services, and pursue collective goals of enduring peace, justice, and development.” (Johanie Mae Kusain/BIO)