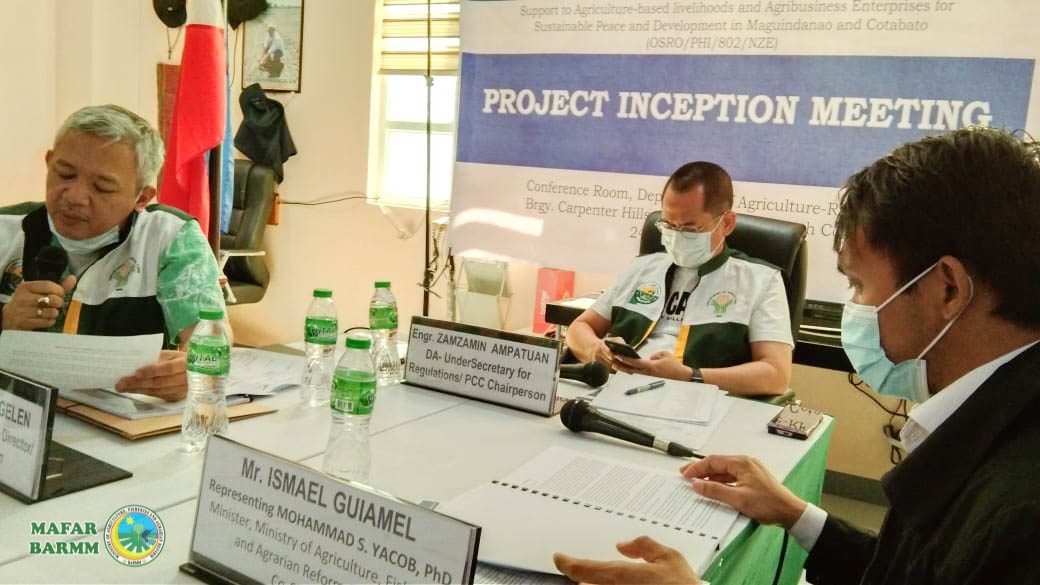 COTABATO CITY—To significantly improve the lives of vulnerable sectors in the agricultural Bangsamoro region, the Ministry of Agriculture, Fisheries, and Agrarian Reform (MAFAR) and the Food and Agriculture Organization (FAO-UN) forged a partnership on Wednesday, Feb. 24, in Koronadal City.

Officials from MAFAR and FAO conducted its Project Inception Meeting and 1st Project Coordinating Committee (PCC) Meeting under the project “Support to Agriculture-based Livelihoods and Agribusiness Enterprise for Sustainable Peace and Development”.

Meanwhile, a resolution, endorsing the Project Implementation Plan (PIP) presented by the FAO project team leader Mr. Cesar Galvan, has been jointly reviewed and confirmed by the Department of Agriculture (DA) USec. for Regulations and Infrastructure Engr. Zamzamin Ampatuan.

Funded by the Government of New Zealand, the project seeks to contribute to the development of agriculture and agribusiness in the priority conflict-stricken areas in the Bangsamoro Autonomous Region in Muslim Mindanao (BARMM).

This project initiative is expected to alleviate poverty and ultimately harmonize inclusive growth in order to achieve the long-sought peace and development in the region.

FAO will work closely with the DA, MAFAR, Office of the Provincial Agriculturist in Maguindanao and Cotabato, local government units, and other related government agencies in the Bangsamoro region. (Bangsamoro Information Office)