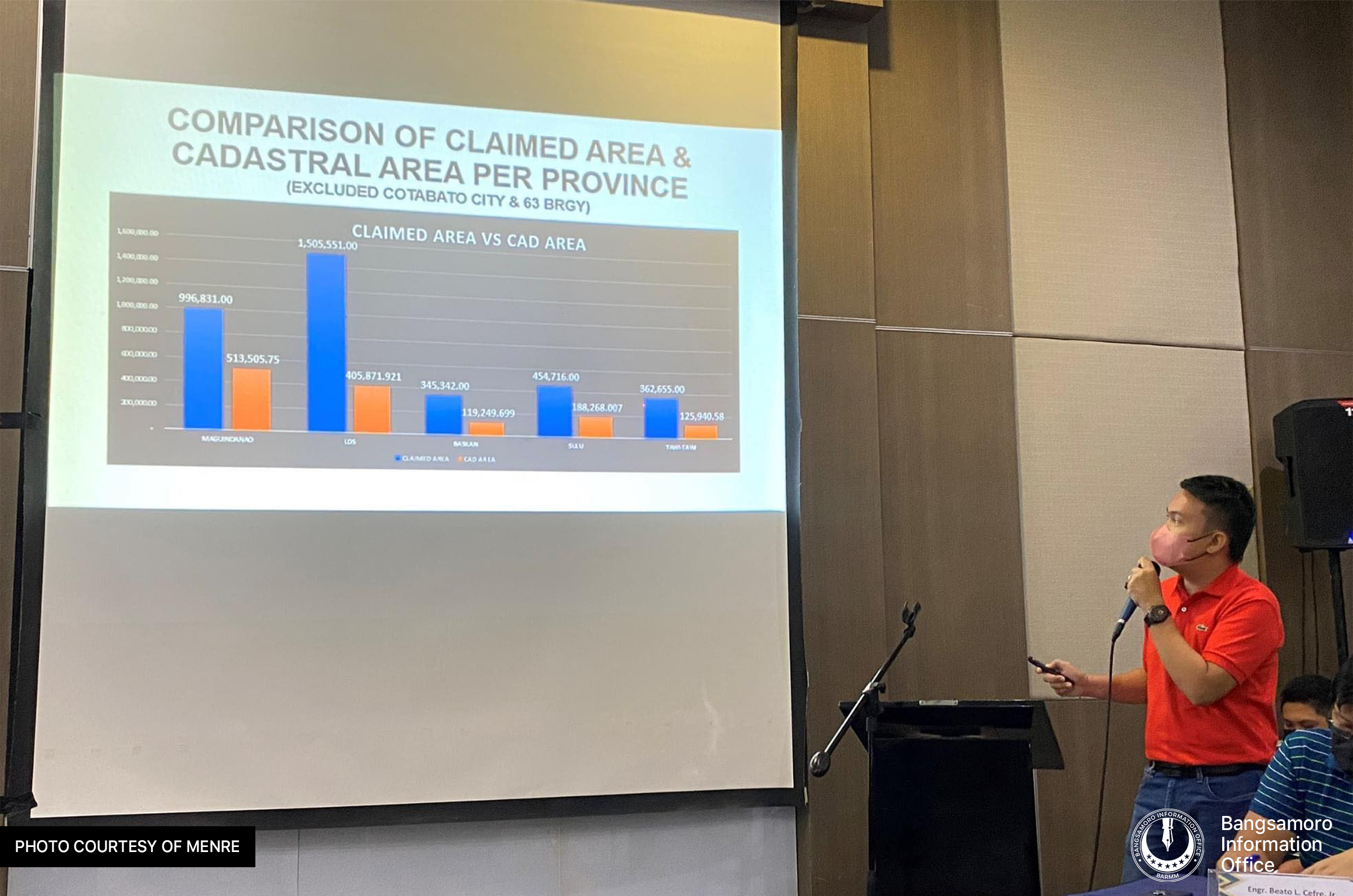 COTABATO CITY—The Ministry of Environment, Natural Resources and Energy (MENRE) concluded its presentation of the 2015 Cadastral Survey to the local chief executives (LCEs) of the five (5) provinces of BARMM on Sept. 21, in Davao City.

The presentation was followed by consultations with the LCEs which aimed to formulate resolutions to address the contested land areas with overlapping claims of two or more municipalities in the provinces of Maguindanao, Lanao del Sur, Basilan, Sulu and Tawi-Tawi.

MENRE Minister Akmad A. Brahim
said the facilitation of technical assistance toward the resolution of the contested land areas would run smoothly through the conduct of series consultations and feed backing with stakeholders in various municipalities.

The report revealed that a total of 208,583.14 hectares of cadastral land were contested in the five (5) provinces of BARMM.

MENRE-Land Management Bureau (LMB) Assistant Director Engr. Romeo P. Verzosa stressed, “the cadastral data is vital in the creation of one cadastral database and incorporating it into one system, which is the land administration and management system.”

The MENRE and Department of Environment and Natural Resources (DENR-Central Office), however, encouraged amicable settlement as “the best and easiest solution” for the contested areas between and among municipalities.