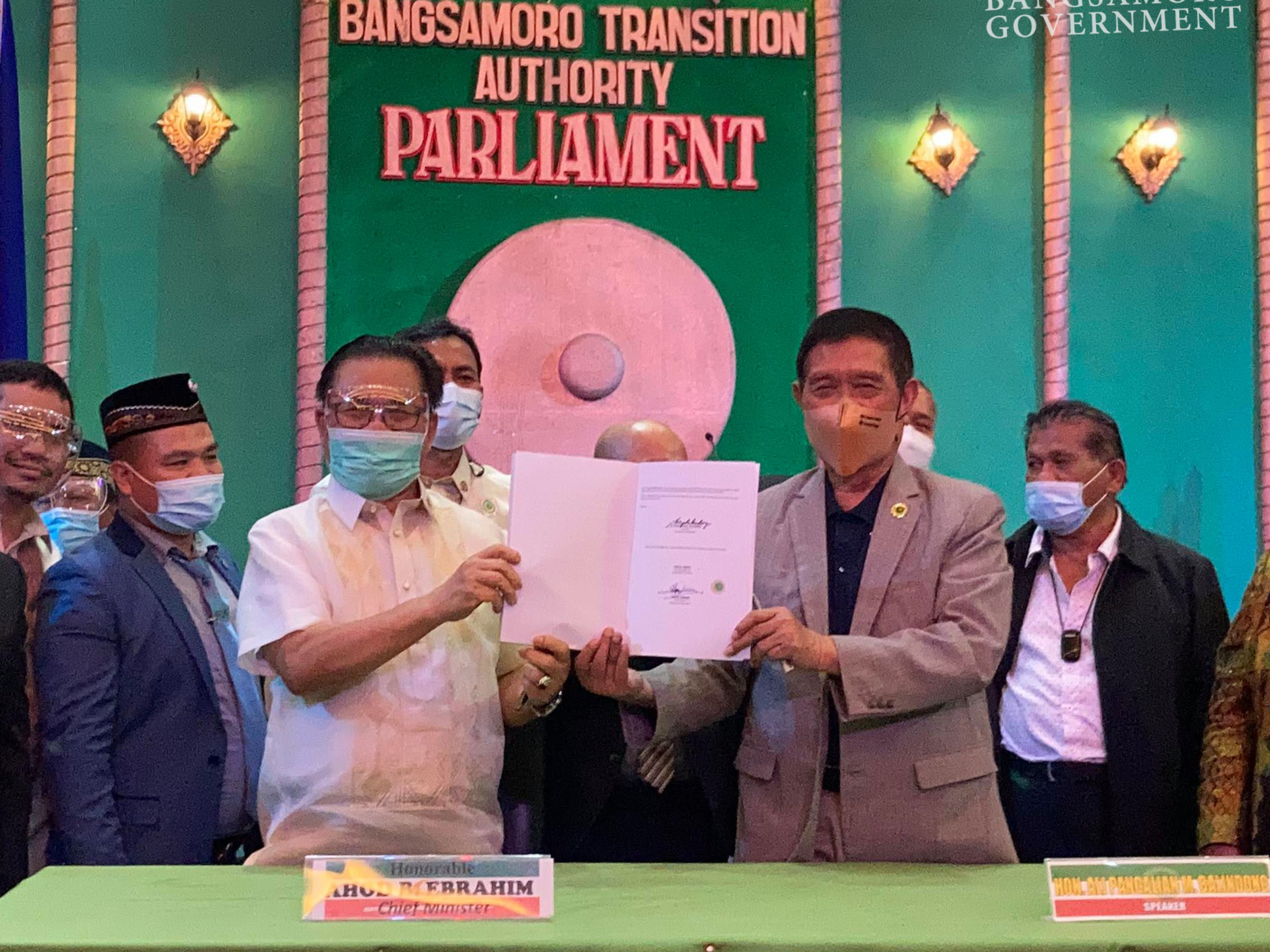 With 55 members voting Yes, zero voting No, and no abstention, the parliament approved BTA Bill No. 73 entitled “An Act Appropriating Funds for the Operation of the Bangsamoro Government from January 1 to December 31, 2021, and for Other Purposes.”

Ebrahim earlier said that while the bill presents immediate response to the impact of the coronavirus pandemic, the autonomous government’s mandate to rebuild the Bangsamoro ground up remains to be its top priority.

“Our task for the upcoming year is to create programs and policies that will simultaneously revive the economy, deliver basic services to the constituents and revisit our public health institutions,” he said.

“The Bangsamoro Organic Law remains to be at the heart of this fiscal design. We propose mechanisms that can effectively address the diverse needs of the Bangsamoro, regardless of their geographic area and/or ethno linguistic identity. This design, just like last year, continues to echo the call to inclusivity – where initiatives and programs are tailored fit with the respective realities on the ground,” Ebrahim added.

BAA 2021 covers the proposed budgets of the BARMM’s different ministries, agencies, and offices, which were thoroughly scrutinized by the sub-committees of the BTA’s Committee on Finance, Budget, and Management (CFBM).

The following is the breakdown of the budget, with ₱11.2 billion allocated for Special Purpose Fund:

Before the passage of Bill No. 73, the BTA approved earlier today the proposed ₱3.7-billion pesos budget for its operation.

MP Atty. Anna Tarhata Basman, chair of Parliament’s Committee on Account and Audit, said the proposal poses an increase of ₱1.1-billion from the ₱2.6-billion budget of BTA Parliament this year because of “the approval of our improved and more robust organizational structure.”

The budget breaks down to maintenance and other operating expenses at ₱2.335 billion pesos, personnel expenses at ₱1.284 billion, and capital outlay at ₱87.781 million pesos.

According to Basman, the budget includes the opening of four new satellite offices in Tawi-Tawi, Sulu, Basilan, and Lanao del Sur. “These satellite offices will allow our Members of the Parliament to attend our plenary sessions and committee meetings outside our esteemed halls,” Basman said.

The Bangsamoro Parliament also approved a law extending the availability of the 2020 Bangsamoro appropriations to December 31, 2021.

With the exclusion of Personnel Services, Parliament Bill No. 76 amends Section 47 of the general provisions of Bangsamoro Autonomy Act No. 03, the Bangsamoro Appropriations Act of Fiscal Year 2020.

Section 47 states that “all appropriations authorized in this Act for Maintenance and Other Operating Expenses and Capital Outlay authorized in this Act shall be available for release and disbursement for the purpose specified, and under the same general and special provisions applicable thereto, until December 31, 202.” (Bangsamoro Information Office)